Since 1993, O’Sullivan’s Pharmacy in New Street in Killarney town centre has been serving the people of Killarney and the surrounding areas.

Founded by Killarney born pharmacist Anthony O’Sullivan, O’Sullivan’s Pharmacy has gone from strength to strength by treating every customer as best we can every time.

Anthony worked in many pharmacies around the country before opening the doors of his own pharmacy in his home town in 1993.

At O’Sullivan’s Pharmacy, we have built our reputation on excellent customer service and value for money. If you have a query, or are worried about a health issue, we will try and help you to the best of our ability .

We thanks you for visiting our website and look forward to helping you in store soon.

Meet the rest of the team

Bernie O’Brien, originally from Castlegregory, and Sheila O’Leary, from Boherbue, have been working in O’Sullivan’s Pharmacy since the doors first opened in 1993. They bring a wealth of experience with them having worked in other pharmacies for many years previously and are still helping the people of Killarney today. Bernie is our trained La Roche Posay & Vichy expert and is also a qualified pharmacy technician. Sheila specialises in administration and customer service.

Siobhan O’Donoghue from Muckross joined the team in 2004 and has graduated as a pharmacy technician since, and she now specialises in blister packing medicines for our patients.

Rebecca O’Connell from Kilgarvan started with us around 2006 and also specialises in blister packing and is a popular member of our customer service team.

In 2015, Lauren Elbel from Killarney began working us at O’Sullivan’s Pharmacy. She has recently completed her IPU medicines course and fronts our OTC counter in the pharmacy.

In 2017, we were joined by experienced pharmacist Kieran O’Donnell from Castlegregory. Kieran has excellent experience of working in busy pharmacies, having previously worked in Dublin and  Cork. We are delighted that Kieran is now leading our customer service team as Pharmacy Manager and Supervising Pharmacist. 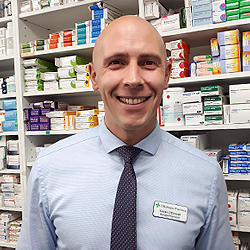 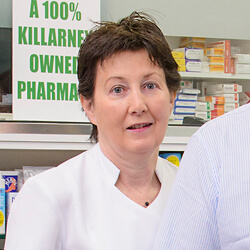 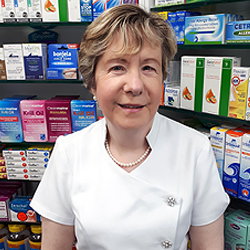 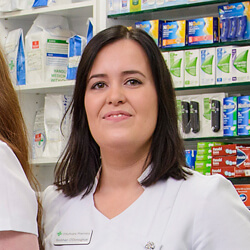 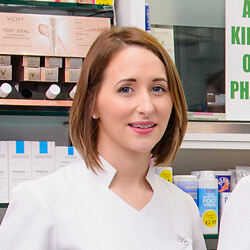